Pinnawala Elephant Orphanage – set amongst the verdant hills of Kegalle is a unique orphanage, where the tiny tots weigh 60 kg or more. This is the Pinnewela Elephant Orphanage, the world’s first and only elephant orphanage established to feed, nurse and house young elephants lost or abandoned by their mothers. Other occupants are elephants displaced from their natural environs by development projects or those found wounded. Visitors could see the baby elephants being fed milk from gigantic feeding bottles or bathed in the river which flows nearby – an unforgettable sight! Established in 1975, by the Wildlife Department and National Zoological gardens which subsequently led to a breeding programme through which more than twenty-five elephants have been born since 1984.

Time table of the Elephant Orphanage

Spice garden Enjoy the Sri Lanka’s world renowned spices at their source. Visit a spice garden, where smells of cinnamons, pepper, cardamom, nutmeg and mace overwhelm the senses and the visitors are provided an insight into an age old industry of spice production, which attracted many a European and Asian merchants to the ports of ancient Sri Lanka. Kandy: – Kandy is a large city in central Sri Lanka. It’s set on a plateau surrounded by mountains, which are home to tea plantations and biodiverse rainforest. The city’s heart is scenic Kandy Lake (Bogambara Lake), which is popular for strolling. Kandy is famed for sacred Buddhist sites, including the Temple of the Tooth (Sri Dalada Maligawa) shrine, celebrated with the grand Esala Perahera annual procession.

Temple of the Tooth Relic, Kandy 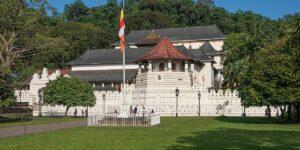 The Temple of the Sacred Tooth relic of the Buddha Is the most important temple for the Sri Lankan Buddhists and was built in the 16th Century A.D. by king Wimaladharmasooriya, solely for the purpose of housing the tooth relic. 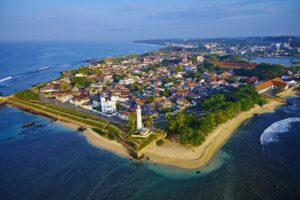 Galle :- The seaside town of Galle is 116 Km away from Colombo by road or rail, down the south coast of Sri Lanka. Both routes are picturesque, following the coastline closely for much of the way. You can also take the Southern Expressway if you need to reach the city by half the time but there is not much scenery to admire. Today’s town has grown greatly and spreads into the surroundings but the Fort is the slow beating heart of Galle‘s history. The walled city has stood since the early sixteenth century, through the Colonial periods of the Portuguese, Dutch and British and in our present times is proclaimed as an Archaeological Reserve and has been identified as a living World Heritage Site. The etymology of the name Galle is explained as probably an altered form of the Sinhalese word “gala”: a cattle fold or posting-place from which the Portuguese named it Point-de-Galle. The simpler and more popular theory is found in the similarity of the Sinhalese word: gala, for rock, which the Portuguese duplicated by adopting the Latin word: Gallus, for rooster. They thus designed the coat-of-arms of the city as that of a rooster standing upon a rocky perch. 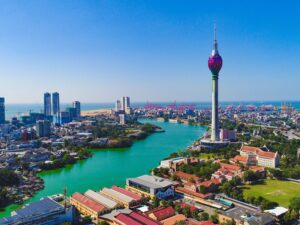 Breakfast at the hotel & transfer to the airport for departure